Menü
Bejelentkezés
Regisztráció
Install the app
You are using an out of date browser. It may not display this or other websites correctly.
You should upgrade or use an alternative browser.

Could someone please repost the Women of Home Depot pictures and video, particularly Crystal Court? Thanks in advance!
N

stevo8 írta:
Could someone please repost the Women of Home Depot pictures and video, particularly Crystal Court? Thanks in advance!
Kattints a kibontásához... 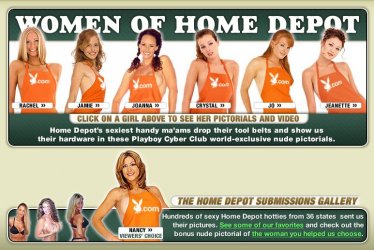 Uploaded:
August 19, 2015
Birthdate:
December 25, 1989
Birthplace:
Seaford DE United States
Height:
5' 1"
Weight:
109 lbs
Measurements:
32D-25-35
Communication is an important factor in every relationship—and no one knows that more than Nicole Dawn. The communication studies major wants more couples to express how they feel about each other and what they truly want in bed. “I pride myself on being able to express exactly what I want and how I want it,” says the petite brunette from Seaford, DE. We met voluptuous Nicole at a Philadelphia casting call in 2008. The West Virginia University coed told us how even though she’s expressive with her wants and needs, the fellas on campus are much more turned on by another skill of hers. “Others prefer the fact that I can chug a whole beer in less than five seconds,” giggles our Coed of the Week for April 16, 2009. “Recently I went out with my best friend and we got a little wild. We dominated the dance floor and at one point I ended up giving her a lap dance. Oops!” We’re sure the guys on campus love the results of her quick beer chugging.

Uploaded:
February 09, 2015
Birthdate:
November 23, 1987
Birthplace:
Brooklyn WI United States
Height:
5' 1"
Weight:
104 lbs
Measurements:
34B-24-36
Petite Alli Grove may look darling and dainty but she couldn’t care less about breaking a nail. “I can dress the part when I want to but I’m a total country girl who likes to get down and dirty with the boys,” says the Wisconsin native. Our Cybergirl of the Week for March 23, 2009 is a firefighter and EMT. “I love to 4-wheel, camp and hunt. I’m going to go deer hunting soon,” says blonde-haired Miss Grove. “I guess you would never expect me to go hunting, fishing and snowboarding.” Most of our CGOW’s dates don’t believe blue-eyed Alli when she tells them she’s an avid hunter. She definitely knocks their socks off when she demonstrates how impressive of a shot she is. “I’d rather go hunting than shopping,” says Alli with a laugh. If sharp shooter Alli wasn’t intimidating enough, one of all-natural stunner’s hunting buddies is her stepbrother, a hockey player for NHL’s Nashville Predators. Fellas, be on your best behavior with Miss Grove.

Uploaded:
August 12, 2014
Birthdate:
September 24, 1988
Birthplace:
Mishawaka Indiana USA
Height:
5' 4"
Weight:
110 lbs
Measurements:
34C-25-35
Meet brand-new Cybergirl Alli Marie, a former Hooters girl from the Hoosier state. She’s dark-haired with wide-set eyes, full hips and natural breasts. Alli was raised in Mishawaka, Indiana, a small city about eighty miles out from Gary. She submitted her photos at an open casting in Chicago, but to our discredit, she never heard back. So she moved to California, resubmitted her photos, and crossed her fingers – and in May 2012 she was featured as a PB Plus Amateur. Alli is a mall rat, and when she’s not shopping with the girls, she’s scoping the bar scene with the guys. “We always have fun together – I help them pick up chicks.” That’s right, guys – Alli is happily married. “Being in a relationship is great,” she says. “My husband is my best friend, and we can have sex whenever we want!” We should all be so lucky. “I’m a very sexual person,” she continues, “and I love modeling, but I feel sexiest of all when I’m not wearing any clothes. So PB is a perfect fit.” And Alli fits right in – smiling and laughing on set, making fast friends with the photographers and their assistants. “I’m beyond excited,” she gushes – and really, so are we.

Jennifer Kali
Coed of the Month - June 2007
· Uploaded:
July 08, 2015
· Birthdate:
January 01, 1986
· Birthplace:
Hatfield NJ USA
· Height:
5' 1"
· Weight:
100 lbs
· Measurements:
34C-24-34
“As a personal trainer, I've always been good at inspiring others to reach their full potential,” explains Jennifer Kali, a personal training major. Miss Kali inspiring many with her fit body, her healthy self-confidence and her lack of clothing. “My friends nicknamed me ‘Nakey’ because I walk around my place naked all the time,” says Jennifer. The freckled-model attends Camden County Community College, but she says she wishes it included a larger party atmosphere. “My school is a commuter school, so there isn't much of a party scene,” says our petite Coed of the Month for June 2007. “There is a great bar nearby where a lot of people go to drink, dance and hook up. Since there isn't a big party scene here, it's really hard to walk across campus without someone trying to pick you up.” Who wouldn’t try to pick up this PB beauty?

· Uploaded:
July 19, 2017
· Birthdate:
November 05, 1991
· Birthplace:
Seattle Washington USA
· Height:
6' 0"
· Weight:
155 lbs
· Measurements:
32DD-27-30
Meet Molly Stewart, a beautiful redhead with legs for days and a smile that will make you weak in the knees. “I love Marvel comics, riding motorcycles and I enjoy older music with a good beat,” says the six foot tall model. “I enjoy hiking and being outdoors—that’s one of the great things about Washington. One of my favorite outdoor activities is riding on my motorcycle. I’m really into sports bikes and cars.” Having moved around the United States over ten times in the last five years, the fit gearhead has never felt more at home than she does in Seattle and Seattle loves her right back. “I like being in the Pacific Northwest in the beautiful city of Seattle. It might rain a little too much, but it’s green as hell,” says the sexy beauty as she crosses her long legs. “I’m honest as hell, although, maybe that can come off badly at times. I’m not afraid to speak my mind and stick by my ideals.” Lucky for us, her ideals include posing for PB Plus and now that she’s here, she’s going to make sure every single one of her fans really gets to know just who Molly Stewart is. “I’ve led a very interesting sex life, but I’m always into new experiences. I fantasize about fulfilling someone else’s fantasies,” she says with a wink. “My biggest turn-on is the feeling of fingers slowly sliding down my neck and my back. Bare skin and bare skin is one of my biggest turn-ons. Oh my god! It makes me feel so sexy!” Explore Molly Stewart’s bare skin and more, right here on PB Plus.

“Some words I live by? Fight for what you want,” says Hades. A passionate model from Ohio, and now based in Arizona, Hades is a dedicated artist who set her sights on PB some time ago. “I was young [and] at my friend’s house,” she says of when she first encountered the magazine. “I was in love with the poses, how different all the women looked, and the freedom of being able to be naked!” Since then, Hades wanted to pose for the brand. “It’s so crazy because [at] the beginning of 2020, I told myself it would be my year with PB,” she recalls. “Look at me now! One of my dreams is happening.” Usually on a set, Hades is often posing nude — her favorite kind of modeling. “I feel most empowered when I am modeling nude because it is my choice to show my body the way I want it to be shown,” she says. “I get a ‘high’ because I know I created something so beautiful.” Check out Hades’ pictorials right here on PB Plus.

“[At] the beginning of 2020, I told myself it would be my year with PB, and look at me now,” smiles newcomer, Hades. With the photographer Cassandra Keyes, Hades is on location in Hollywood Hills, ready for her long-awaited close-up. “One of my many dreams is happening,” she says. On the set of a beautiful large home, Hades tells us more about herself as she spends some time in the garden. “I love to joke around and have fun,” she says. “From looking at me, you wouldn’t think I’m a silly person, but it’s what I love the most — laughing and making other people laugh.” When she’s not on a shoot, Hades loves watching old movies or being creative in other ways. “What do I enjoy doing in my spare time? Painting or thrifting,” she says. “I love old clothes and furniture!” Get to know Hades better, right here on PB Plus.